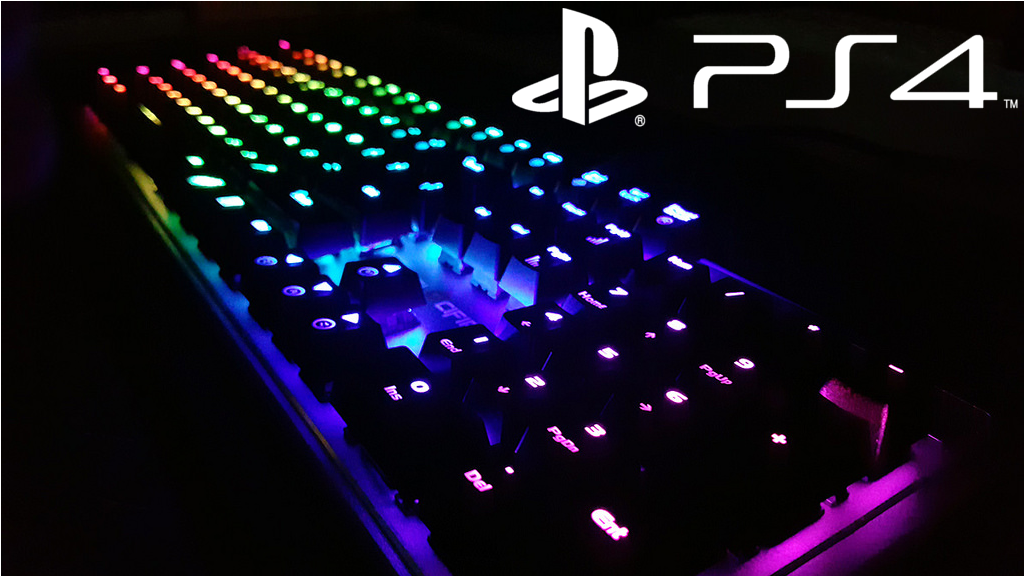 Are you looking for the best PS4 compatible keyboards? Well, good news, you’ve come to the right place! We’ve got everything you need to know, right here.

PlayStation has been a huge player in gaming since its inception back in the ’90s, with PS4 being their latest major product. While this experience has made the gaming part very polished, anything between the games (logging in, browsing the net, etc.) still feels very clunky, since the DualShock controllers weren’t exactly designed for this purpose.

However, PS4 does support keyboards and mice, which makes completing all of these actions way simpler and more comfortable. But how simple is it really? Does PS4 support all keyboards? Most importantly, what keyboard would be the best for PS4? Find the answers in our list of the top PS4 compatible keyboards.

What keyboards are compatible with PS4?

Before looking for the most fitting keyboard, you should know that all USB keyboards work with PS4, whether they’re wired, regular wireless with a USB dongle, or Bluetooth. The only basic thing to note here is that the extra buttons for media control (volume, play/pause, etc.) and control macro buttons that many keyboards now have will be largely useless on PS4 since it barely recognizes keyboards for text input, let alone more complex commands. However, since this technology is very common and any decent keyboard will have them, it’s not much of a money-saver to look for a keyboard without these buttons.

At the same time, it has to be noted that very few games actually let you use the keyboard for gameplay as opposed to just entering text in chat or options. This is because PS4 doesn’t natively support keyboards for gaming controls and can’t automatically assign keyboard signals to appropriate controller signals in-game unless such a feature is provided by the game developer. So far the only fully confirmed PS4 keyboard and mouse compatible games are War Thunder and Final Fantasy XIV.

What defines a good PS4 keyboard?

The main characteristics to look for in a PS4 keyboard is how comfortable it would be to use while playing on a console, whether the keyboard would be used elsewhere (on a PC when not gaming, for example) and, of course, the overall quality of the keyboard (whether it has anti-ghosting for recognizing simultaneous button presses).

Another feature that keyboard manufacturers provide is anti-ghosting, which makes sure that multiple simultaneous key presses will be registered. For example, if you press an ability button and “run” button at the same time, basic keyboards may ignore one of the two. The downside is that anti-ghosting can be done in different ways, many of which are lazier than others but at the same time running into certain combinations that an anti-ghosting keyboard doesn’t cover is pretty low. All keyboards on our list feature some form of anti-ghosting.

We delved a bit deeper into what makes mechanical keyboards the preferred method for gamers and keyboard enthusiasts. Turns not all of them are made equal since the switches used in buttons can be very different. Undeniably the most popular switches come from Cherry MX and have a color code that lets you know what each key does:

For full-on gaming needs, red is flat-out the best, however, blue and brown will work just fine since only huge keyboard perfectionists would notice a huge difference between either. At the same time, both blue (audible) and brown (silent) switches would work if you want to use the keyboard elsewhere since typing is way more responsive with them. There are other, more rare switches as well on our list, which are discussed in detail under the product description.

Another thing that makes gaming keyboards stand out is key lighting that can be irritating to some people or just not be the right color. Some keyboards are lit with a basic color or an unchangeable mixture of colors in a rainbow theme, but some may have more complex lighting features.

RGB (Red, Green, Blue) keyboards contain LEDs of all three colors under each button and allow you to customize to lighting to fit your style with software that should come with such a keyboard.

Razer’s Chroma lighting is similar to RGB just with way more customization options. So don’t worry if pictures of such keyboards look too much like rainbow vomit to you as you will be able to choose the exact color scheme you want. Needless to say, the last two will cost a bit more than regular or no lighting at all.

On this list, we look only at wired keyboards, so to find separate or attachable-to-controller Bluetooth or wireless keyboards, check out our Top 8 Bluetooth Keyboards for PS4. You can find out more about connecting keyboards to a PS4 in our article How to use a keyboard and mouse with PS4.

MechanicalEagle Z-77 is the first numpad-less keyboard on our list, which makes it much more compact and more fitting for some people if you’re using a console in your living room. This keyboard has Outemu and Gaote blue, replaceable switches which function the same way as Cherry MX blue ones. Outemu switches can be considered Cherry knock-offs but they still work just as well and some people even prefer them over the more expensive ones, same with Gaote. Either way, they are compatible with Cherry switches and can be replaced if this matters much to you.

You can get this keyboard in white (with white backlight), black (no backlight) or either color with a multicolor backlighting option that gives you nine backlighting modes, so if one of them fits your style there would be no need to pay extra for an RGB keyboard. Speaking of RGB, there is also a model called Z-88 with a numpad and an RGB backlight available. Either model comes with a 1-year warranty and a 30-day refund guarantee.

Corsair is definitely one of the leaders among gaming gear manufacturers and the STRAFE keyboard is one of their masterpieces. It’s available with RGB or red LED backlight with blue, brown or red Cherry switches to fit anyone’s taste. STRAFE also has a USB 2.0 port for connecting other USB devices, which can potentially save one of your PS4 USB slots for other devices.

Other than basic quality, what makes this keyboard stand out is the Corsair Utility Engine, which lets you fully customize the keyboard and control the lighting on RGB models. Also, this is one of the first keyboards to feature Cherry MX silent red switches (red LED backlight only), that are almost completely silent upon clicking, which may be important to many PS4 gamers. While the cost may be relatively steep, this is definitely one of the best choices for a PS4 keyboard.

If fancy lighting isn’t something for you, Rosewill’s lineup of RK 9000 or 9300 keyboards will definitely have something for you. You can get this keyboard with blue or brown switches, either with blue LED or RGB lighting, or with no lighting at all, as well as a lighting-less version with Cherry red switches. Aside from a higher cost, this is a good choice for someone who just wants a simple keyboard with his/her system.

This Razer keyboard stands out with its unique Mecha-Membrane switch design – it combines the tactile and durable qualities of mechanical switches with the softness of a membrane switch. While Ornata may cause a huge difference in performance for professional gamers, casual or new gamers could find this to be a good introduction into more hardcore gaming gear.

This keyboard comes in either RGB or green backlight with an armrest, which should be noted as it could be too big in some situations.

One of the cheapest keyboards on our list, the Redragon Kumara delivers the quality of any mechanical keyboard combined with a compact design (no numpad), making it a good candidate for your PS4 keyboard. Kumara is available with red, RGB, rainbow, or no backlighting.

A notable feature is its custom switches, which are said to be Cherry MX green equivalent, meaning that they are functionally the same as blue switches (tactile and audible), except harder to press (almost twice as much as red switches!). This may be an obstacle if you enjoy longer gaming sessions, as the extra force required to press buttons will cause fatigue much faster.

Corsair K65 is a very compact keyboard that may be perfect for PS4 keyboard gaming. It’s also made out of aluminum, making it a bit sturdier than other keyboards, even with the shorter and thinner design. The Cherry MX red switches add even more to the value of this keyboard, by being the best switches for gaming out there.

If durability and size are important factors to you, this may be the perfect choice for your PS4 gaming keyboard needs, considering the relatively lower cost for a red switch keyboard.

While all of these would be good picks for PS4 compatible keyboards, the best middle-ground choice would be Corsair’s STRAFE keyboard, considering the average cost for undeniable quality, with Vengeance K65 not falling far behind considering its compact design. If you’re looking for a budget keyboard, either Redragon Kumara or EagleTec KG010 would be good picks, depending on your needs for lighting and a numpad. If the cost doesn’t matter to you, the Roccat Sova lapboard would be the most fitting product for PS4 gaming, considering how comfortable it is to use on a couch. 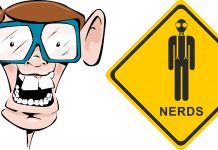 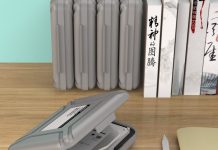