In recent years, solid state drives have gained in popularity primarily because of their high speed feature that can be as much as 8 times faster than regular hard disk drives. Higher-tier SSDs are likewise consistently reliable that it is not surprising to see models that come with a limited 10-year warranty. So, maybe you need a SSD for PS4?

With PS4 now allowing internal hard drive swapping, users who aim for the maximum speed possible for their PS4 gaming console can consider SSD as a viable replacement option. It is important to mention that some people may question the logic of installing an SSD on PS4, considering the cost of a device that is mainly used just for storage purposes. It is more expensive than its HDD counterpart.

There is no doubt that an SSD will improve you PS4’s overall performance, but it is not highly recommended. The main issue is its prohibitive price and if it matters a lot – take lookat our our PS4 External Hard Drive Buying Guide. However, if you have money to burn and you want to outdo your peers, then you cannot go wrong with an SSD.

SSD Features to Look for

When choosing the right SSD for your PS4, there are some factors that you need to consider. Remember that SSDs are not cheap, and it should be big enough for PS4. 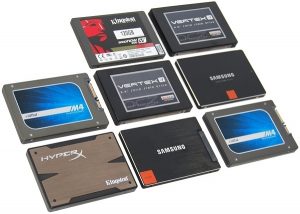 Is SSD Worth Using for Your PS4?

When deciding whether or not to buy an SSD for your PS4, it is best that you first do some research. Consider the following points:

Just for some speed comparison lets take Toshiba OCZ Trion 150 and compare it to standard PS4 stock drive and PS4 Pro with this SSD by game load times, lets see some numbers.

Results are pretty clear. You get 60% faster load times if you have PS4 Pro paired with SSD or 50% faster load times with Standard PS4, for some games. However, average increase in most games will be 30-40%. As you can see SSD makes a quite noticeable upgrade.

The Potential of SSD as a PS4 Storage Upgrade

Today, it is very easy to buy a HDD for your PS4, as not too many options are available. The development of the 2.5” HD industry has been on an almost suspended state since the introduction of SSDs that have proven to be a lot more reliable and efficient when installed on mobile devices.

Having said that, is it then worth replacing your stock PS4 hard drive with an SSD? Will you enjoy the same benefits as you would if you were to upgrade the drive on your computer? You need to carefully evaluate things before deciding on an SSD upgrade.  This guide intends to shed more light on the matter to help you make a sound decision.

Before any discussions on the merits of an SSD for use in a PS4 gaming console are made, it is best that you go through a quick SSD primer first so you can better appreciate and understand the device, and be enlightened on whether you really need it or not.

A lot of PS4 users have no idea on what SSDs are all about, except that their performance is much faster than the conventional hard drives. They are of the mistaken notion that with an SSD, their PS4 console will run a lot faster than its current performance. This is definitely more fiction than fact, and this post will quell that idea later with a number of reasons.

First, a discussion of what exactly an SSD is, how it functions, and what makes it different from a traditional HDD that usually comes with the PS4 console.

The SSD and How It Works

An SSD is a storage device that is intended to handle all the functions of an HDD, albeit at a much higher speed, decreased failure rate, and lower power consumption. Its primary objective is to be the permanent data storage device similar to what the stock HDD does. These include saving all your data while the device is turned off, and booting the system. 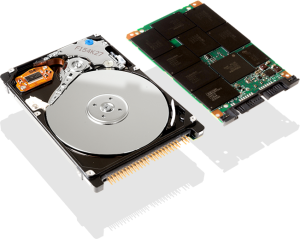 An SSD, unlike a mechanical HDD does not have any mechanical/moving part in its design architecture. Instead, it combines together a number of NAND flash memory blocks. Data transmission electronically happens among the blocks through microscopic transistors. There is no magnetic coating on the platters for storing data. Data on SSD is stored on flash memory chips that are interconnected. They retain the data even in the absence of power, and this is the main reason they are much more reliable, faster, and energy efficient.

Now, how do all these allow the SSD to have all the features it claims to have? To better illustrate, allow us to use an analogy. What would be faster and would require less energy – getting information by walking across the room to pick up a book OR getting information by having the book open right in front of you like magic? Obviously, the answer is the latter; and that is basically how an HDD and an SDD fare against each other. To put it simply, an HDD needs more physical action or mechanical movement to retrieve data.

The Strengths of an SSD

To better illustrate the pros of using an SSD, it is best that it is compared with a similar storage device, one that is intended to perform the exact same functions. For this, obviously, there is no other device to compare an SSD with, but an HDD. By this time, you should already be aware of some of the major benefits of a solid state drive. Just the same, we will tabulate them clearly for you:

The Cons of SSDs

SSDs used to receive criticism because of their small capacity that didn’t cross the 1TB barrier, unlike HDDs that came with as much as 8TB of storage space. Everything changed after higher-capacity SSDs were introduced on the market (as much as 16TB). The first SSD that broke the 1TB mark was a 2TB consumer model with a 2.5” form factor.

Limited capacity is no longer an issue with SSDs today. However, the prohibitive price is still a concern. To give you an idea on how expensive SSDs are, a 1TB SSD comes with a price tag of at least $350 in most online retail stores. On the other hand, a 2.5” HDD of the same capacity would only cost you $80, or maybe even less. The disparity in price is simply glaring.

This is something that should be carefully considered. Is a storage device upgrade that costs almost as much as the PS4 gaming console itself worth it? While it will improve speed, the improvement is only 40% at most. The decision is solely in your hands.

The PS4 is designed to comply with the Sony-specified standards for the specific gaming console generation it belongs. In normal conditions, users cannot break through these standards. These limitations include the following:

The SSDs are excellent as they provide a significant performance boost to computers. However, its benefits to the PC does not necessarily translate to the same benefits for the PS4. The increase in speed will not be in the same magnitude.

The thing is, it would be wishful thinking at this point if you want to upgrade your PS4 gaming console beyond the standards it is meant to adhere to. Even if the hardware specs would allow, the PS4 OS is not designed yet to handle new hardware configurations based on its rules, and this is where problems arise. 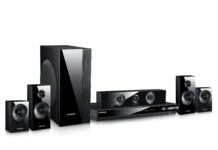 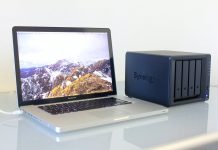