Recently, I bought the supplemental component, Kinect, for my Xbox gaming console. I am not a major gamer but wanted to explore my options for fitness. Kinect commercials promise that participants can control the games with their own bodies using movements like jumping, punching, and kicking. The system does not disappoint.

Kinect debuted in November 2010. The item is essentially a combination camera and motion sensor that permits gaming on a new level. Unlike the Wii which requires controllers, the Kinect captures a gamer’s image and body points to play virtually. The Xbox console is required for the Kinect to work.

Kinect comes with one game called Adventure. This game is perfect to get a basic understanding of how to use body movement within a game. There are five different mini games within Adventure: 20,000 Leaks, River Rush, Rally Ball, Reflex Ridge, and Space Pop. In 20,000 Leaks the player appears encased in an underwater glass compartment. Fish, turtles, and sharks attack the glass and create holes. The player then has to plug the holes with their hands or feet.

River Rush is a game the requires full body movement. The gamer is placed on a river raft and must control the raft’s movement on a river. Along the river are tokens to collect, however, many of the tokens are located above water level. This requires the player to actually jump in the air to get the raft off of the water and into the air. 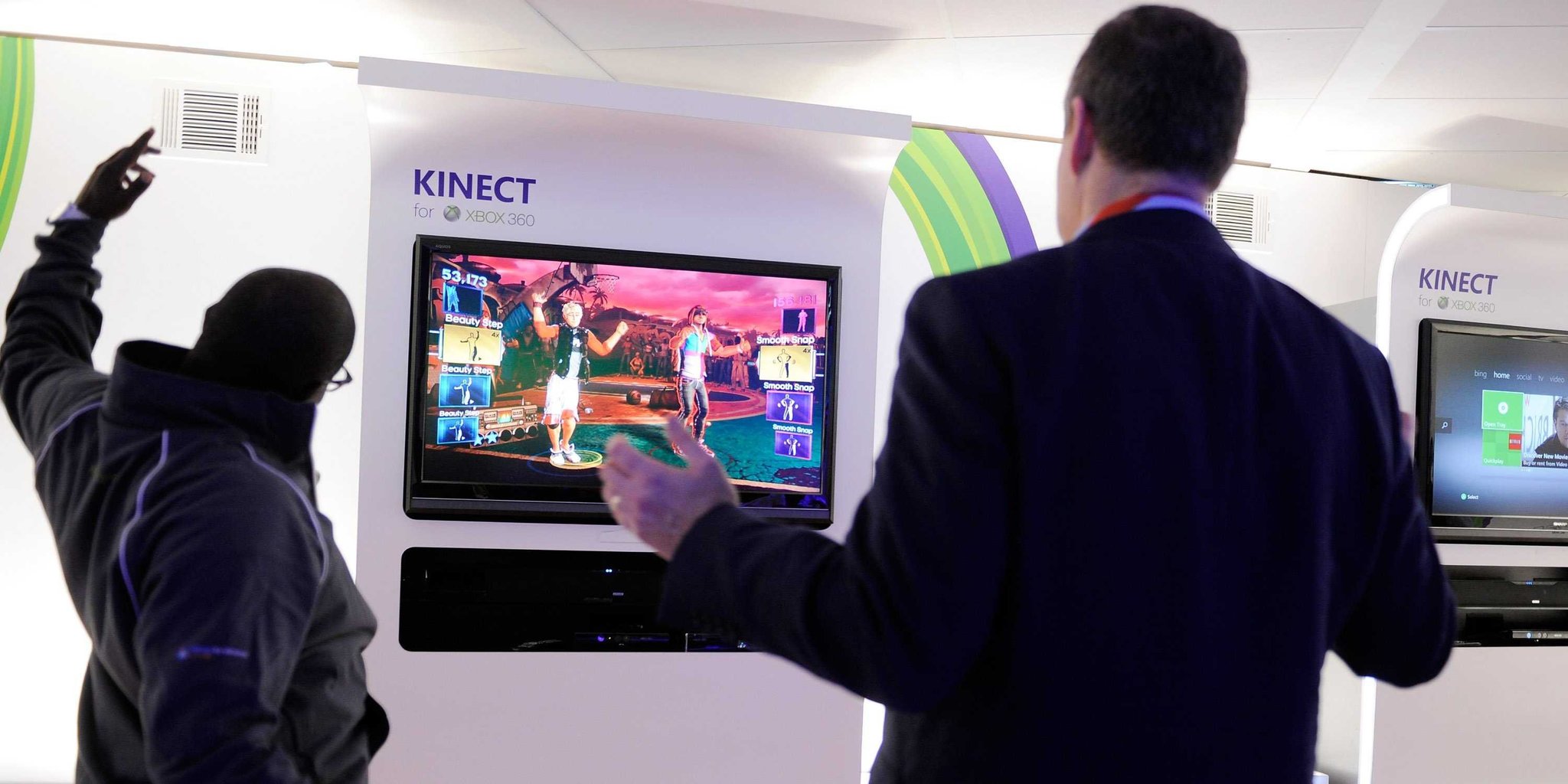 Rally Ball is like being within a batting cage. The task is to use a virtual ball to smash targets at the end of the cage. When targets are hit, more balls are released. The balls automatically bounce back to the gamer, who then has to keep the ball or balls in motion. The player can use any part of their virtual body to keep the ball in play.

Comparable to an obstacle course, Reflex Ridge requires the gamer to ride a virtual wheeled cart and avoid obstacles. Users will be required to use motions like pulling, moving side to side, jumping, and ducking. Collecting tokens and finishing fast is the key to the game. 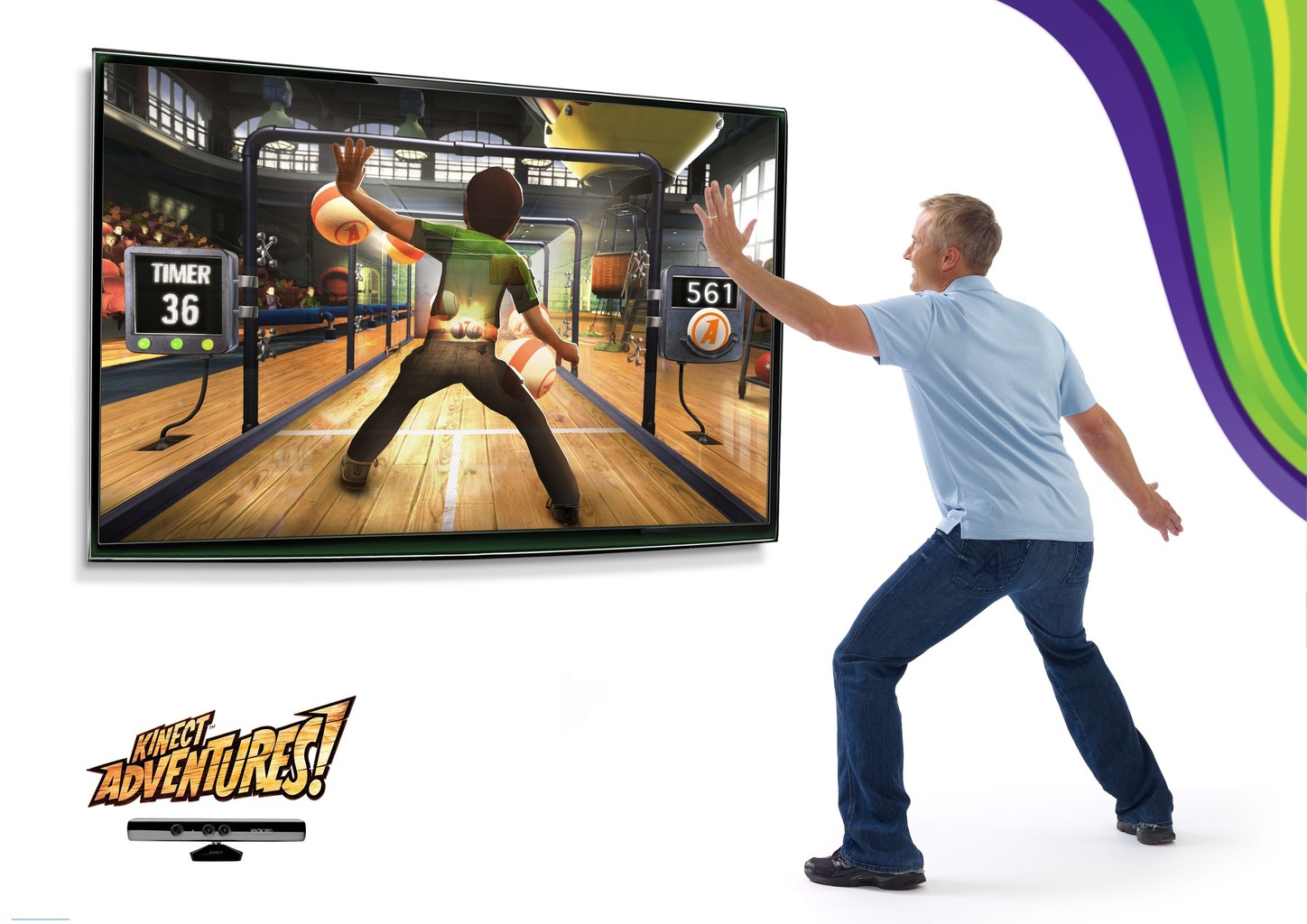 Lastly, the Space Pop mini-game allows players to pop large bubbles within a small room. The bubbles appear all over the screen, so the player must flap their arms to rise high enough to pop the high bubbles.

Another feature of Adventure is the photo sessions while the games are being played. At various times during the game, the Kinect camera will take a still shot photo of the player. At the end of the game, the system will show action photos with cute and funny captions.

Review of the Kinect

My purpose in buying a Kinect was to have a fun way to exercise. I have previously owned a Wii, but I returned it to the store shortly after buying it. The system seemed cumbersome, and the games seemed juvenile. The Kinect could not be more different than the Wii. For starters, the Kinect does not require any external controllers. The gamer is the controller. After a few minutes of play, I was effortlessly able to control my virtual character.

I also purchased the Your Shape: Fitness Evolve. The Kinect scanned my entire body and projected my own image onto the screen. The image was so detailed that I could easily read the college name on the sweatshirt I was wearing. The system created my own profile and will recognize me when I stand in front of the scanner.

At the end of each Adventure mini-game and Fitness Evolve mini session, I found myself sweating and out of breath. The games are so fun and interactive that exercise is a second thought. The system monitors the player’s own body movement which provides for a virtual experience. The system is far superior to the Wii in terms of controllability and overall fun. The item is sold separately or as an Xbox bundle. The system would be a great holiday gift for all ages.