So You have decided to get yourself a Xbox?

In case you don’t have Xbox console, but you are planning to get one, this article is exactly for you.

Bundle packages are very popular these days, and there is a reason for that – they often cost way less than just a Xbox console with no games coming with it. Another bonus of bundles is that You can get a custom design Xbox console, which matches your style and games you’re playing.

There were days when Xbox One was way more expensive than the Sony PlayStation 4. Since then budgets dropped significantly when new Xbox One S showed up on the horizon as Microsoft and retail partners are making room for new Xbox One S console. So it is the right time to get your bargain deal! Planning to get the new Xbox One S? Don’t worry. We will go through best Xbox One S deals as well. 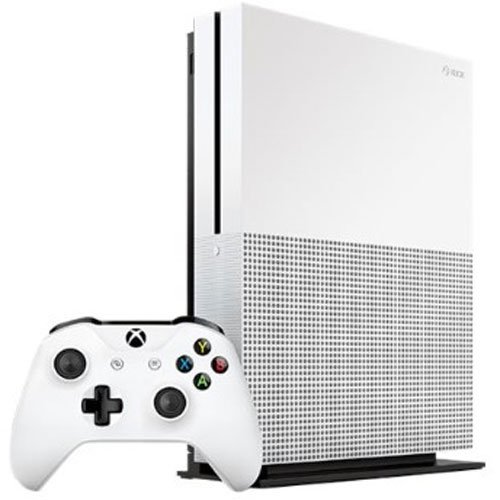 This is one of the best deals available today. You get newest Xbox One S Console with the full game download of Battlefield 1, one of the most awaited games in 2016. Although you get only 500GBs, this is still a great deal. If you need that extra storage, You can buy an external hard drive like Seagate Game Drive or any other, and you will end up with a console that has a memory of 4,5TB + Battlefield 1 game for a lower budget than “naked” Xbox One S 2TB launch edition. Check Xbox One external HDDs. In these deals with 500GB Console + game, You can also replace Battlefield 1 with Hallo Collection or Minecraft, it all depends on what do you want to play. 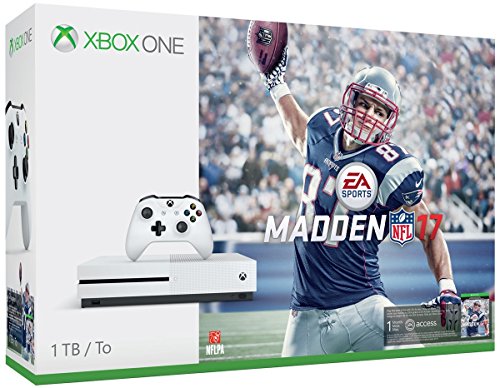 If you are a sports fan, this bundle is for you. Bargain budget, console with a capacity of 1TB and full game digital download of Madden NFL 17, seven Madden Ultimate Team Pro Packs. You get a better deal with this bundle then Xbox One S 2TB launch edition by adding external hard drive. 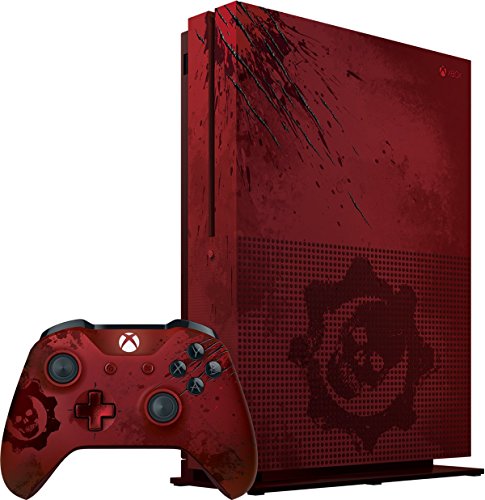 Want to stand out from the crowd and get something unique? Then this is the right bundle for you. Yes, it may cost a bit more than other deals, but who cares if You get Custom Xbox One S 2TB Console and Crimson Omen controller! Even more, You get the full game download of Gears of War 4: Ultimate Edition which includes exclusive in-game items and more! Also, Microsoft have just announced release of two more Gears of War bundles for Xbox One S. 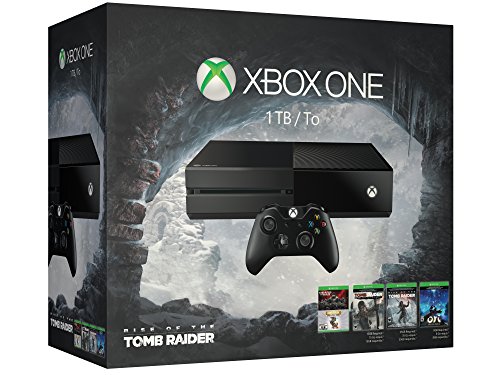 If there is a bundle to recommend, then this 5 Games Holiday Bundle is the one. On Xbox One S bundle you would have a Console + game, but for similar cost, you can get Xbox One console and 5 games! This bundle is worth considering. 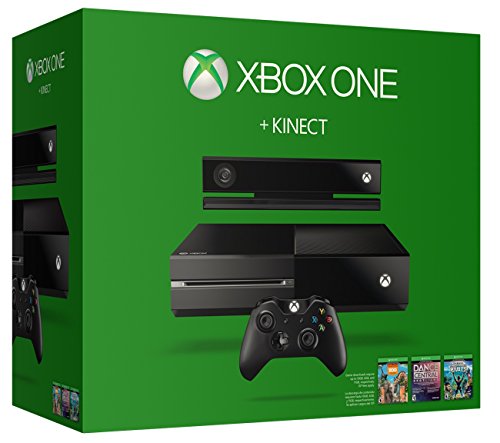 If you love to play co-op games, you are a team player or sometimes just want to stretch your legs, consider this Kinetic Bundle. 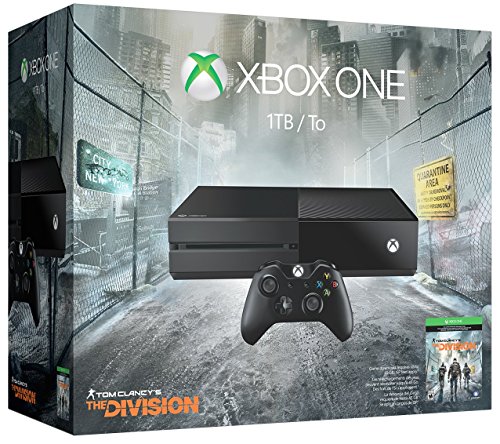 This is the cheapest Xbox One bundle available. It has a good memory size of 1TB and is a great bargain. The budget is so low that it’s too low to display, just click and find it out.

Xbox One and Xbox One S consoles

Can’t decide between Xbox One and Xbox One S bundles? Let’s get known a bit closer with both – older and younger member of Microsoft family.
Before taking a look at the bundles, let’s consider if it’s worth paying nearly 2x more for the Xbox One S or sticking with Xbox One is a wiser choice.

What’s new in the Xbox One S?

First of all, there’s no doubt the new Xbox One S is a better all around than its predecessor. Not only it’s much slimmer and less bulky, but it comes with a load of features that make it more desirable than its older brother.

The new Xbox One S has had an impressive reduction in size, and now it’s 40% smaller than the predecessor and even more impressive is that the power supply is now built-in console box.

Also, design has changed. Xbox One S is more futuristic looking. It’s white all around with half of the case covered with small holes.

Another thing to mention is that the controller of Xbox One has obtained new design features. It has textured grips, extended range, and the top section now has more flowing lines. The new controller also features Bluetooth.

Xbox One S gets upgraded video capabilities as well. Now it has the 4K resolution. However, Xbox One S doesn’t offer native 4k gaming. Instead, this console upscales games to 4k. [alert variation=”alert-info”]You must have a 4K TV to display 4K and HDR content.[/alert]

As talking about performance, there is a small boost, but you wouldn’t probably wouldn’t even notice it. There is a slight upgrade in the graphical hardware. GPU clock speed has increased from 853 MHz to 914 MHz and ESRAM bandwidth from 204 GB/s to 219 GB/s.

So is Xbox One S worth buying over Xbox One?

In the end, Xbox One S it does the same thing as Xbox One just does it a bit better, unnoticeably better. Greatest improvements are in design and are you willing to pay two times as much for slimmer Xbox, knowing that project Scorpio is just behind the corner? That’s up to you.