CAMBRIDGE, MA – The much-awaited total solar eclipse will introduce an app that could help the visually impaired and the blind to “see” it. This app aims to help visually impaired people to appreciate the eclipse.

Astrophysicist Henry Winter of the Harvard-Smithsonian Center for Astrophysics has launched the Eclipse Soundscapes app designed to let blind users experience the upcoming total solar eclipse. The app is already available in iTunes and will be available for Android users before August 21. 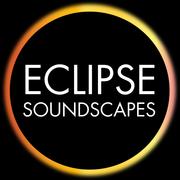 According to the developers, the mobile app will provide descriptions to the users during the event – with the help of the National Centre for Accessible Media. It has the voiceover and the recording options that will help in describing the once-in-a-lifetime event.

After the eclipse, the app will be further developed by collecting recordings from national parks for people to get a sonic eclipse experience. Though the app includes features for users with 20/20 vision, it uses a rumble map that is reliant to touch. Winter vowed to continue upgrading the app and to create a series of technological innovations to cater to the needs of people of different shapes and sizes.

There is another option for the blind to witness the phenomenon. Joel Snyder developed the Audio Description Project courtesy of the American Council of the Blind (ACB). It will broadcast the spectacular event through the ACB online radio in Nashville, Tennessee. The broadcast will also benefit sighted people who do not have eclipse glasses. Snyder emphasized that they wanted to give the sense of the eclipse through words.

The visually impaired community no longer needs to turn around and get a little bit lonely as technology continues to help them experience sight in a completely different level. With these options, important events such as the total solar eclipse are just one touch away.