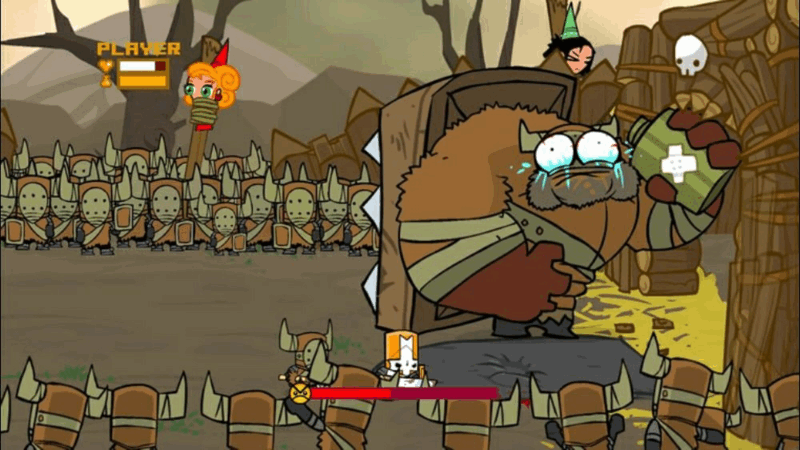 Pick up a sword and shield and prepare to rescue princesses, slay barbarians, and cast elemental magic in one of the newest and best games on Xbox Live Arcade, Castle Crashers. Much in the vein of side-scrolling shoot-em-up Alien Hominid, Castle Crashers features the extremely distinctive comic book art style of Dan Paladin as well as the experienced programming talent of Tom Fulp of Newgrounds fame.

Produced by The Behemoth – this is a title players will surely regret missing out on!

Sword, Sorcery, and a Tonne of Laughs

Castle Crashers allows players to play with up to four knights (players) at one time, including a slew of unlockable characters – including some of the minions and bad guys themselves! Each character has their own unique magical power and as opponents are defeated, they will accrue both gold and experience that can be spent levelling up abilities as well as in purchasing new equipment and even pets. 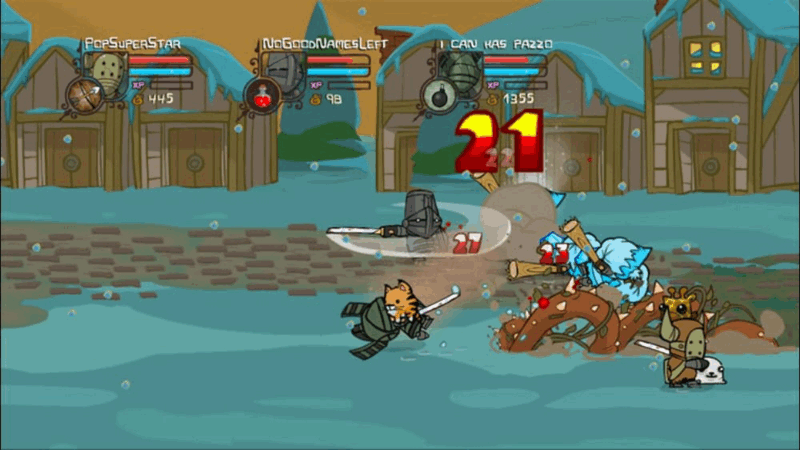 Each player is allowed one pet a time, the choices ranging from Bitey Bat whom chomps down on enemy heads to Cardinal, a beautiful red bird who can show players the way to secrets as they battle through hordes of monsters.

The action is frenzied, fast paced, and very approachable to players of all skill levels. Dying has no real immediate consequence – both experience and gold is accrued for failed attempts, making characters grow stronger no matter how many times they might find you on the wrong end of a sword blow.

Regular trips to local stores scattered about the minimap will allow them to restock on health potions, new weapons, as well as super sandwiches that can transform characters into a hulking brute!

As always, the artwork put forth by Dan Paladin is superb, surpassing even his work on Alien Hominid. The color palette is lush, cartoonish without being overly cutesy or boring – and drawn in such an angular and distinct fashion that there is no doubt that the games graphical appeal will age very well.

Character design is also a strong point of Castle Crashers – the knights are all drawn well as are their adversaries and allies – distinctly with sharply drawn edges to distinguish them from the background and give a true sense of depth.

The musical score of this title is also very refreshing – mixing some humorous guitar segments in shops and castles alongside bombastic scores for carriage chase scenes and battlegrounds against barbarian armies. Well constructed, arranged, and memorable and complimented by appropriate sound effects – an above average effort and a positive attribute of the game. 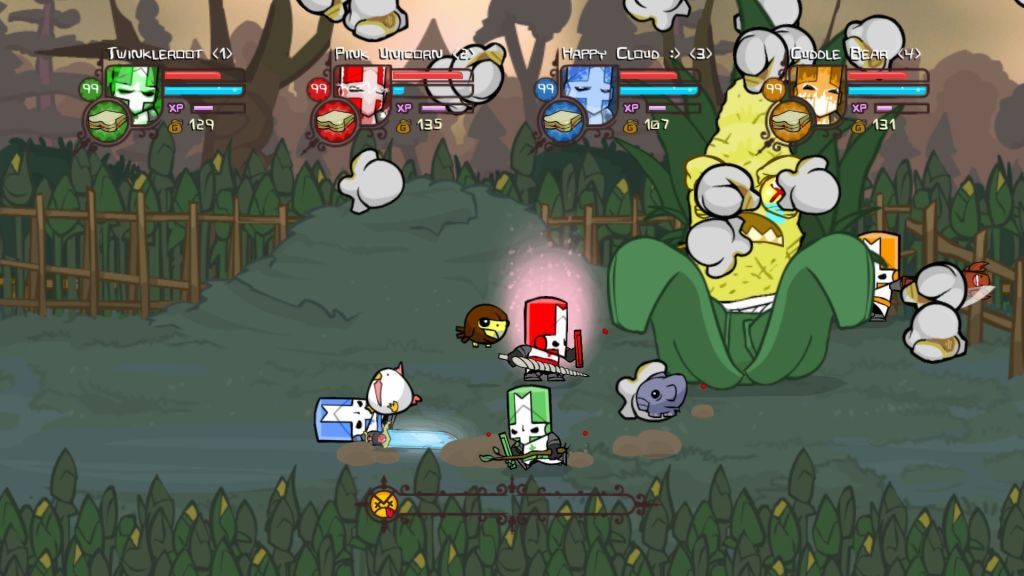 As a gameplay experience – Castle Crashers does not bear the frustration level of other arcade style beat-em-ups, combatting what can be considered a tired genre with a fresh artistic approach as well as RPG style player elements that add a great deal of replayability to the title.

The hit detection is excellent – as one would expect from this creative team – and it is a wonderful game to play with friends, family, or even at a small party.