HDDMag
Home Blog Is it worth upgrading Xbox One S with an SSD?

You would think that the creator of the Xbox would work with other departments in their corporation to deliver a product that doesn’t need upgrading, but unfortunately, it all comes down to money. While they can be money hungry, they know that fan boys and girls alike will spend the extra cash to upgrade their console. For SSD and speed purposes in the world of hardcore gamers, upgrading may be necessary. 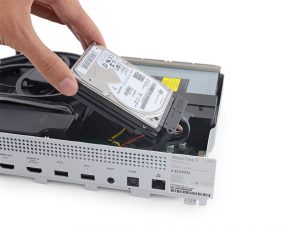 Initially, Xbox users were able to take the internal hard drive of their console and replace it with one that offers a bit more storage. However, that’s not the case anymore, as with newer consoles, you can only expand by ADDING another hard drive, instead of replacing. While it has it’s pros and cons, it seems a bit annoying for those who’d rather do away with the lower capacity hard drive. It’s worth mentioning that it’s easy to do, but some may require extra power (an additional power supply) or extra wires. Although, it’s also worth mentioning that this isn’t the case for the majority.

What Are the Requirements?

Before we get into talks with the SSD, we’ll talk about the requirements for the hard drive addition. The aforementioned must be 256GB or larger, and the USB must be a 3.0 for optimal performance reasons. If you don’t have the proper storage for your games, why are you even worrying about a solid-state drive? Now, let’s get to business…

Acting as an alternate to the traditional hard disk drive, the reason for the speed of a solid-state drive is due to the lack of latency. The aforementioned is due to the inability for the SSD to read or write head for moving. While an SSD performs the same functions as a hard drive would typically do, the information is still stored on the SSD without power, causing it to create faster loading times. Because of their performance and capacity, you may see a higher price tag for a solid-state drive; in fact, you WILL see a higher price tag.

If you ever go on iBuyPower or CyberPowerPC, you’ll see options for choosing an extra solid-state drive on top of your hard drive. The aforementioned can put a price tag from $86-$300+ onto your final computer price. Is it worth it for your Xbox, though? Let’s find out…

Upgrading to an SSD on Your Xbox One

If you’ve ever waited for the release of a really hyped up game (like Dead Rising 3) and waited for it to download, you know the anticipation of wanting to start it right up and begin playing. However, the aforementioned game had a general load time of around 29-30 seconds – way too long for a brand-new game on a console that has enough space and power. However, after upgrading to a solid-state drive, the average user can shave off around 8-10 seconds of loading time, bringing the ready-to-play aspect down to 20-21 seconds. While it’s still time you have to wait, it’s not as long.

Incredibly large and CPU intensive games like The Witcher 3 are inherently better to load with a solid-state drive. While it sucks that some of the most talked about games require an abundance of power behind them, for the hardcore gamers, it’s worth to invest and is probably something that’s already thought of.

With a design that favors the solid-state drive solution, the initial load time for the first area of the game comes in at about a minute and 40 seconds, 39 seconds at best with the typical stock drive.

However, when you upgrade to a solid-state drive, your waiting and loading time can be cut down to under a minute – that’s an incredible shift in time. For those who aren’t into gaming, this may not seem like long times at all, however, for those who are used to things loading pretty quickly or used to games that are optimized for a system they have, that’s almost a whopping 2 minutes EVERY TIME you load onto the game. Play this game 4-10 times a week, and you’re looking at 8-20 minutes of loading time alone – almost enough to not make you want to play it. While it initial loading times may differ a bit from loading times afterwards, the solid-state drive still clearly makes a difference.

If you’re someone who plays less intensive games like Everybody’s Gone to the Rapture, the loading time for the game is actually pretty long, every single time. The aforementioned is due to the fact that it loads the entire world at once without any pauses, unlike other games that cause you to clear areas in order to cut this loading time down. With open world games like this, a solid-state drive would make loading times that much quicker due to its ability to immediately load up information that was stored on it without power. In having this feature, you will feel inclined to play it more often.

Unfortunately, long loading times can cause lag issues and an ability to disconnect from wanting to play the game. While game developers are increasingly trying to push the boundaries of graphics and worlds, the need for an update and upgrade is almost mandatory. For those who want to play the hottest and most detailed games as soon as they come out, you’re going to need to invest in better upgrade options for optimal playing speeds and other playing aspects.

What Are Other Games That Benefit from an SSD?

The above games mentioned aren’t the only intense games that would see better loading times with a solid-state drive; in fact, games like Fallout 4, GTA, and Just Cause 3 see significant changes when an SSD is introduced into the console. With the stock drive, the initial loading times for the aforementioned chime in anywhere from a full 30 seconds to as long as almost 2 minutes. Introducing a solid-state drive can bring each of these down anywhere from 4 seconds to over 30 seconds. Shaving off almost 30 seconds for more intensive games will cause you to want to play more, but the solid-state drive that you use matters, also.

Cheaper solid-state drives will not remove that much time from your initial loading time. However, investing in a higher-powered and higher-end SSD will give you the most bang for your buck. While there are some that are great for the wallet and great for the console simultaneously, those solid-state drives are few and far between. The stock drive, however, is not one you should bet on giving you the quickest loading times.

If you’re solely an FPS player like Counterstrike: GO and Overwatch, we don’t think you should invest in the largest or most expensive solid-state drive there is. For those kinds of games, the maps are pretty small and your personal settings can assist you in quicker load times. However, for games like The Witcher 3, Neverwinter, Fallout, Grand Theft Auto, Skyrim, and many more that you play often, will likely see a positive change when introducing a solid-state drive into your system.

The better the solid-state drive, the more time you can shave off your initial load-up time. For games like Metal Gear Solid 5, one of the better SSD’s can actually shave HALF of the loading time off. If you’re someone who likes to play a ton of games like this and the aforementioned open-world games, then you would seriously enjoy and benefit from upgrading your Xbox One S with a solid-state drive.

When it comes to your wallet: the solid-state drive is typically a costly solution, however, it does indeed present fantastic results and gets the job done. There are hybrids available that offer space and speed, which may be good for games on this list like we mentioned, such as Metal Gear Solid 5, and more.

However, if we really want to get down to the nitty gritty, the Xbox One S can only perform so well, and investing in the top solid-state drive will leave some of the power completely untapped. For those who want to invest in a better gaming rig, you may want to switch over to the world of PC master race in order to get more power out of the money you’ve spent. Although, this is not to say that it’s wasted when you upgrade your Xbox One S, as you’ll be able to see quite a difference when installing this into your system.

If you’re someone who strictly uses PS4, you won’t see as many benefits as Xbox One S users when it comes to introducing the solid-state drive. Even though the initial load times for each console for general aspects have a 4-minute difference, the use of a solid-state drive shaves them both down to around the same time, proving to benefit the Xbox One S more than the PS4.

All in all, depending on the games you play, as well as the console you favor, we definitely suggest installing and upgrading to a solid-state drive in your Xbox One S. If you don’t play games enough and aren’t as crazy, you may want to hold off on the costly solution. It’s also worth mentioning that you don’t only have to play MOBA’s to see benefits from a solid-state drive.

Overall loading times will decrease an immense amount when using a high-end, powerful solid-state drive, and we suggest upgrading if you’re someone who plays every day and takes gaming as seriously as we do.