HDDMag
Home News Day One Project Scorpio Version to be Released at Xbox One X... 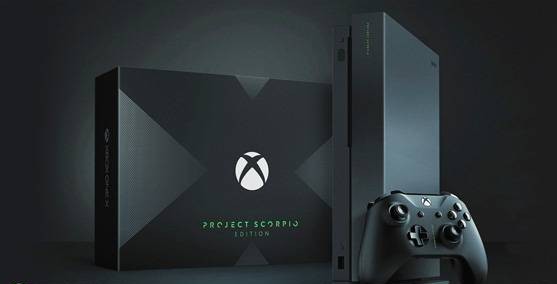 NEW YORK, N.Y. – Microsoft Corporation, one of the leading technological company, might be selling a special Day One Project Scorpio edition in celebration of the Xbox One X that will be officially released on November 7, 2017.

Saturn and MediaMarkt, two German video game online retailers, leaked the special limited-edition surprise on their listings. Both sites have since then deleted their original posts, but it did not hinder the excited gamers to get a glimpse of the surprise pack with the original codename logo made available by Microsoft Corporation.

These editions bear the Project Scorpio imprints on the console and the controller. Changes on the physical features are also obvious, with the console having a subtle checkered texture engraved on the surface and the controller having an all-black finish. This is way different from the usual Xbox One X style. The product uses a Scorpio engine that the company claims to be the most powerful gaming console engine on earth.

In connection with the release, there was also leaked information about special Doritos chips dubbed as Xbox One X Doritos Power – showing radioactive green chips on the pack. The leak was from Xbox fans in Mexico. They also claimed that special codes would be released from the Doritos website to get a chance to win game controllers and packs of the limited green chips.

One blogger claimed to have tasted the special chips and stated that they tasted like jalapenos. Doritos will also be releasing special chips for different games, such as Gears of War, Forza Motorsport, and Halo.

Microsoft Corporation will be hosting the Gamescom 2017 live show on August 20 at 8 pm (UK). Preorders will be accepted after the live streaming presentation on Sunday. Gamers will be given a special prior-to-release playtime opportunity on September 21 to 24 during the EGX 2017 at the NEC in Birmingham.