Resident Evil 5 (Res 5) is very much in the vein of its predecessor, Resident Evil 4 (Res 4). Like the previous game, Res 5 plays from an over-the-shoulder perspective and focuses mainly on gunplay and less on puzzle solving, but this is not a bad thing, especially when gamers can bring a friend along. Make sure you also check out our list of The Best Xbox 360 Games Under Twenty Dollars. 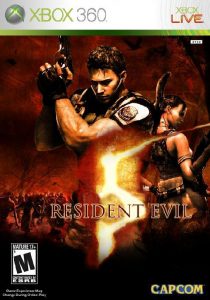 Resident Evil 5 for Xbox 360- Chris, Sheva and the BSAA

The game centres around Bioterrorism Security Assessment Alliance (BSAA) agents Chris Redfield (from the original Resident Evil) and Sheva Alomar, who have been dispatched to the African splinter nation of Kijuju to track down a bioweapon sold after the collapse of the Umbrella Corporation- the main antagonist for the first five games.

Chris and Sheva have to fight their way through throngs of ‘Majini’s’ (infected villagers) and streams of terrifying bioweapons of all sizes and even face off against series arch-nemesis Albert Wesker, as they unravel the complicated plot which, while not the strongest in the series, is enough to keep the gamer busy.

The main new dynamic for Res 5 is the inclusion of a co-operative play mode. Playable either offline in single player or split-screen or online via Xbox Live, the co-operative gameplay follows the main storyline and serves as the anchor for the gameplay- as Chris and Sheva need to rely on each other to survive.

Single player games also feature Sheva as Chris’ partner, and the AI controlling her is surprising clever, being able to puzzle solve and kill enemies with reasonable accuracy, unlike previous partners in Resident Evil games who have been more hindrance than help.

The game was built up to suit the online play and on a whole the experience brings the whole game to life, offering just the right degree of action and fear with the added satisfaction of teamwork.

However, the game does not support drop-in multiplayer, and gamers who join a game either have to wait until the party leader dies, reaches a checkpoint or restarts the level before being able to join- which can sometimes be a very long wait.

Another problem is the inventory system. While this no longer pauses the game- adding a new dynamic of fumbling around in Chris’ inventory while being chased by majini- the two main characters have separate inventories, and can only share items such as ammo and heath, rather than weapons – though this restriction is not a major issue.

Like Res 4, Res 5 plays from an over-the-shoulder perspective, offering gamers a front seat view to the various horrors of Kijuju. While this detracts from the survival horror genre, the increased speed and furious gunplay will keep gamers on the edge of their seats, although the fact that Sheva and Chris cannot move while aiming a weapon is a constant irritation.

On the plus side, Chris and Sheva can now walk sideways, making moving through the crowded side-streets of the towns a little less awkward.

The weapons on offer for the BSAA agents range from the usual handgun to high-powered sniper rifles and MP5 machine guns. The pair also have a variety of martial arts moves available, and are often called to help their by punting a slavering mess of bile off a pinned partner.

Enemies come in all shapes and sizes, ranging from armed Majini shuffling and running towards Chris and Sheva to flying nasties, infected dogs, massive beasts and some stunning boss battles. Also included are quick-time-events, when button bashing becomes necessary to defeat an enemy, though this distracts from the immersion factor to a large extent. 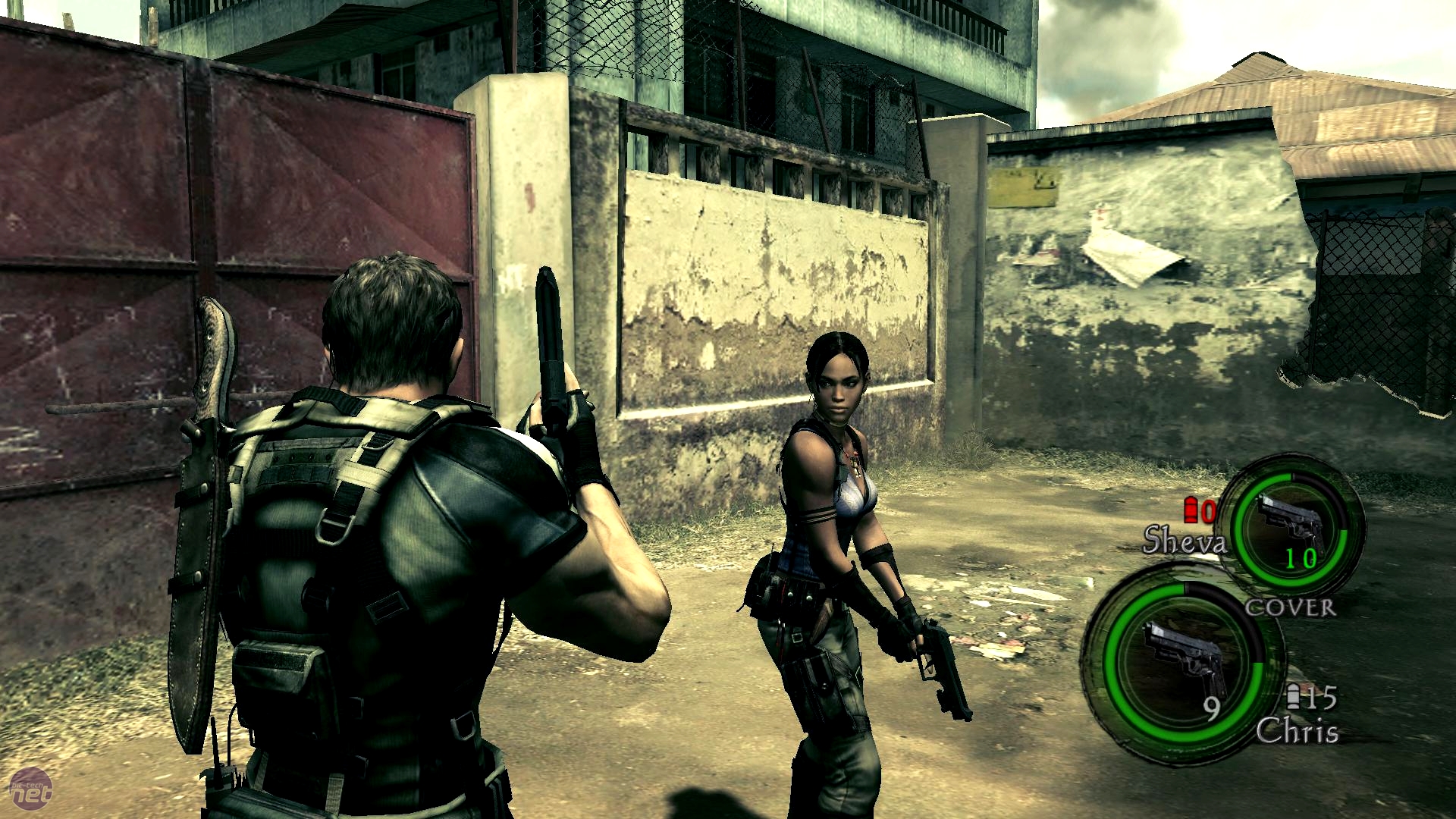 Graphically the game makes good use of the Xbox’s processing power, though there are a fair few fuzzy textures and the occasional bit of pop in, usually on some of the more intense sections such as boss battles. Cutscenes are a particular stand-out moment, showing the grizzly nature of the bioweapon in full-on, head-popping colour.

The sound quality has also been given an overhaul and a score full of heavy drum beats and African chanting adds to the overall action of the game to great effect. The voice acting is also of a high quality, especially when compared to the poor voices of previous Resident Evil games.

Res 5’s main campaign is a little short, at just under 10 hours depending on skill level, but the game has a lot of replay value thanks to level gradings, co-op play and online leaderboards.

Also included is the popular Mercenaries minigame from Res 4, offering online co-op play for gamers who just want to shoot as many enemies as possible in as little time. A versus mode is also soon expected to be available via downloadable content.

Overall, Resident Evil 5 is a worthy successor to Res 4- the first game to step away from the survival horror genre and set off on its own.

The plot and gameplay is fast and exciting, if let down a little by the dodgy inventory system, short storyline and inability to move and shoot at the same time. However, with the added dynamic of being able to take on the hordes with a friend over Xbox Live, the game has limitless replay value.