HDDMag
Home Blog Quantum computing, is it the future for desktop PCs? For the last 80 years, basically, all computers have worked based on the same principle. They feature components that have series of electrical circuits consisting of many transistors. The values of these transistors and circuits can be whether 1 or 0 – it can be on or off. You can imagine it like a light bulb being lit and not lit. Now imagine that you can dim this light bulb however you want.

Now imagine that you can dim this light bulb darker and brighter, even more, it can be lit and not lit at the same time. Welcome to quantum computing!

Quantum mechanics has an enormous potential, offering millions of times faster performance than convention computing. Can we harness this potential and use quantum computers in our homes, game and work on them? Most likely it’s too early to speak about the massive commercial use of quantum computers. However, the good news is – we can build them, now we just need to make them run.

A brief look into quantum mechanics

Quantum mechanics is one one of the physic areas that relate to something very small – atom level small. When you have to work with atoms and particles: electrons, protons, neutrons, things work differently. You can’t use the classical mechanics where objects exist in specific time and space. In quantum mechanics, an object can exist at point A and at point B at the same time. It’s all about haze of probability there is a chance that particle will be at point A, point B, point C and so on and it’s more like a “teleportation” than conventional moving between these points. 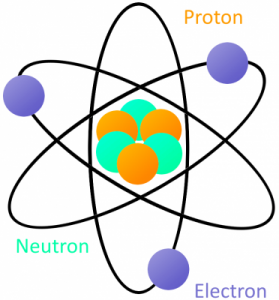 The main idea is that particle can hop from place to place with a certain probability.

Quantum mechanics have developed over the years, but still, there isn’t a single person who would understand it completely. In QM there are some things that you just have to accept the way they are, without asking why and how. Quantum mechanics arose when scientists did experiments that the math of classical mechanics could not explain. However, there isn’t one single scientist that can be attributed as the founder of quantum mechanics.

While traditionally the smallest amount information you can have is a bit which has two states 1 and 0, a quantum qubit can be 1, 0, both of them at the same time and anything between. But physically how is one classical bit stored, how does it look like? For most applications you can find – CPUs, storage devices, we operate with classical bits through transistors so we are limited by transistor size. However, as a qubit, you can use any particle like electron or proton – the smallest thing in the world.

For example, if we compare two bits with two qubits, qubits will contain four bits of information. If we keep adding more qubits, you will find out that equivalent of classical information contained by N qubits is equal to 2N classical bits. This means processing power grows exponentially.

The hardest part about designing and running a quantum computer is that although qubits can exist in any combination of states and superpositions when they are measured they must fall into one of basis states – 1 or 0. This means that you have to design a logic operation that leads to final result in such way that result is something you’re able to measure because quantum bit or qubit can have an infinite amount of states, unlike classical bit’s two states.

Challenges when creating a quantum computer

Creating a quantum computer isn’t an easy task and requires high technologies. Unlike classical bits where you can add more and more of them, qubits can’t be added so easily. The more qubits you have, the harder it is to add one more. Also, qubits have to be shielded from outside noises, any outside interference can destroy the superposition. If that happens, there is an error in your calculus. Next – isolated qubits tend to heat up very quickly so you need a lot of cooling, in fact, a classical fan or liquid cooler won’t do anything. You need a serious cooling system.

Therefore, creating a quantum computer is a very complex task that needs high precision. I believe it will take decades before we will be able to buy a quantum computer for our homes. However, if you have enough money, you get one already now.

Their computer is super large and will take up one decent room. To keep qubits cold, it uses a high-tech cooler that can cool to a temperature of 0.015 Kelvin. That’s very close to absolute zero ( the lowest possible temperature in the universe). The power consumption of D-Wave 2000Q is 22.8kW (compare it with your 700W power supply), but believe it or not 22.5kw is low when it comes to supercomputers, a traditional supercomputer can consume about 3000kW.

First, you have to understand that quantum computers are not and won’t be a replacement for classical computers because they are and will be great only for specific tasks. If you want to play some up to day engine games, do web browsing on managing simple software, you will do great on the classical computer. However, for some kind of application or software that utilizes all qubit superpositions at the same time, quantum computers will be more than great. They are superb for parallel computing multitasking and managing various different operations at the same time. In fact, for average applications, a quantum computer won’t be much faster than the classical one. The improvement is not in the speed of individual operating but the total number of operations you need to get the result.

When will we see fully functional quantum computers?

Seeing a quantum computer in our homes isn’t anywhere soon as firstly they are hard to manufacture and design and secondly you simply won’t need their processing power. Doing such things as playing games requires more graphical processing than CPU processing. Quantum computers will work great when it comes to data security, simulations, rendering, artificial intelligence. It won’t be a computer for everyday usage and most likely they will coexist with up to date classical bit computers.