HDDMag
Home Blog How to Use Xbox One Headset on PC?

Various high-quality headsets are available for Xbox One gaming. Each of the headphones has the purpose of providing you superior audio experience for a more motivated gaming. There are also ones even made to be compatible with other gaming consoles, such as PS4, PS3, and Xbox 360. However, there are those who are interested to know if Xbox One headset is also suitable for PC. The advancing technology says it is, and more headsets are being released as a multifaceted audio device.

It Is All About the Adapter

Take note that not all headsets compatible with Xbox One would be suitable for PC application. One way to determine if a pair of headphones is suitable for your desktop computer is by checking its adapter. Certain adapters will make the connection of Xbox One headset and PC working. Primarily, one adapter type that will function is 3.5 mm plug that converts to both audio and microphone 3.5 mm plug. This connector will work not only on PCs but also on your smartphones for music streaming.

Getting It From Xbox One Stereo Headset Adapter 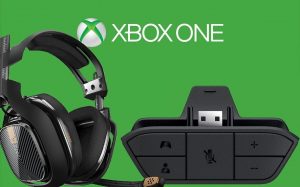 Microsoft released an adapter that will make the connection of your headset to the gaming console successful. Its Xbox One Headset Adapter is designed for PC installed with latest Windows operating systems. The package is inclusive of 2.5 mm to 3.5 mm adapter, USB wiring for controller updates, and instructions. As of June 2015, controllers for Xbox One are now designed with 3.5 mm port.

Also check out How to Use USB Headset on Xbox One.

Identifying Incompatibility With the Adapter

Furthermore, if you have encountered headphones with 2.5 mm connector, it will never work with the adapter. This is due to the format, which is in cylindrical and long construction. Apparently, this type of connector will not fit in the adapter. Remember that Microsoft only recently released the adapter.

Big Advantage of Xbox One Adapter 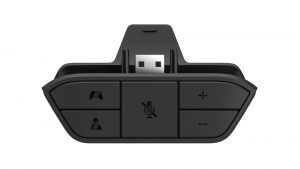 From the adapter, you can already change a lot of settings for the games’ audio. You can begin with the volume levels. You can also mute the audio, so others will not hear you while wearing the headset. Moreover, you have the game and chat sound balances. You can set if you want more chat volume than game volume or the other way around.

Using Xbox One Headset on PC 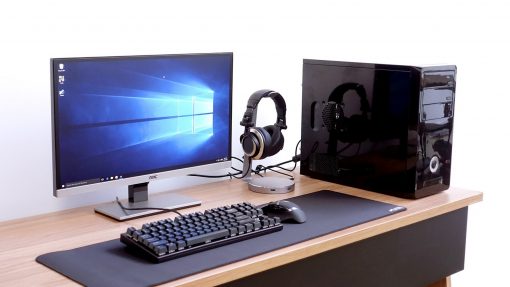 Primarily, you have to change some settings on your computer. First, right click the speaker icon in your toolbar, particularly at the bottom right section. Afterward, you should change the default communication device to headset. Alternatively, under the playback devices menu, you have to use the speaker as the default device.

With the advances in gaming technology, even the headsets compatible with Xbox One are becoming more versatile. Take advantage of it to enhance your audio experience even when not using your console.

See our Top 7 Cheap Xbox One Gaming Headsets Under $100 for great headphones that will work with Xbox One and your PC.