Basics of the HDD

HDD stands for a ‘hard disk drive‘. There are a few thin rotating disks known as the ‘platters’ inside it. The platter is coated with a thin film of magnetic material. There is a motor-driven-arm with a magnetic sensor on its tip on the surface of the plates. The data is encoded as tiny magnets on narrow plate tracks. Notice, that motor is designed with an excellent spatial accuracy. When the arm swings and the platter rotates, it can access every corner on the platter. The positioning accuracy is up to the one-thousandth thickness of a piece of paper. The magnetic head also needs to be in nanometer distance to the platter surface to sense these tiny bits. Due to these high precision designs, the HDD drive is sensitive to mechanic shocks. A simple fall-off from the desk may damage your HDD.

Some laptops offer exclusive features such as the ThinkVantage Active Protection System. These laptops can sense fast changes of its position which is usually caused by some shocks. Whenever a shock such as a fall-off happens, it triggers the protection mode. Under the protection mode, the arm inside the hard drive will leave the platter surface. Thus, it stops the hard drive reading/writing immediately. This protection system won’t allow any reading/writing unless it thinks it is safe enough. 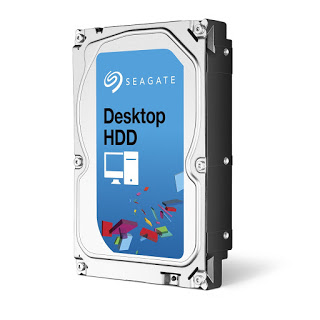 Aside from the vulnerability to mechanical shocks, the HDD is an excellent choice for data safety. It can read/write as many times as you like without any theoretical limit. Only heat or strong magnetic field can distort the magnetic bits. As long as the disk looks good, the data is almost always recoverable. There are also experts who can open the HDD in a clean lab and extract the data from the disk tracks directly. If you cannot access your data after a disaster such as a fall from the desk, you can try their service. But be aware, they do charge, and the bill may surprise you.

Basics of the SSD

SSD is the solid state drive. It consists of several flash memory chips. There is no moving part in it, so it is way much more ‘shock-resistant’ than the HDD.

It is much faster too. Because there is no need to rotate a disk or move an arm, you can access any data on the disk at the same latency level. That is not so easy on the HDD. Imagine you are playing a movie recorded on the inner tracks. And you want to open another file recorded on the outer tracks. The arm inside the HDD must swing outward first and then read the file’s data out. It takes time. But inside the SSD, a simple electronic command will do the job. 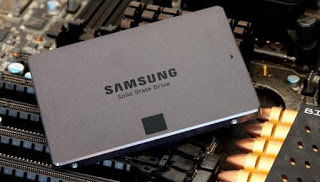 SSD can be much thinner too. Without moving parts, an SSD for the laptop can go as thin as 5mm. Meanwhile, the laptop HDD stays at 9.5mm. So ultrabooks tend to use SSD due to the limitation of component size.

The SSD is more expensive than the HDD. A laptop SSD usually costs 25~30 cents per GB while the HDD only costs a few cents. So some companies come up with a ‘fusion plan’. They combine the SSD and the HDD together and call it SSHD. This new ‘SSHD’ can offer a much faster hard drive at a lower price.

Another weak point of the SSD is its limit lifetime. Due to the intrinsic properties of flash semiconductors, it cannot last as long as the HDDs. MLC chips have longer lives than TLC ones. SSDs have a limited life of time and may die after a few or several years.

It may not affect regular daily use. But you should consider it if your data is too valuable to loose and you are planning to use the disk for, say ten years. In that case, HDD is a much safer choice. Another option would keep the SSD and regular back up to HDDs, like the ones on a NAS, or a Time Capsule for a Mac.

Replace your current drive
If you are planning to replace your current hard drive, you need to figure out its connector first. You can look up the manual if you still keep them. Or you can check the manufacture’s website.If your laptop is more than seven or eight years old, it may still use an IDE connector. You can forget all about the faster SSDs because they need at least an SATA connector. The only choice left for you is the HDD. Finding a brand new HDD on the market is difficult. It would be much easier to replace your laptop than to replace your hard drive.If your laptop has an SATA connector, then you can choose any of the disks. You can choose HDD for the safety or SSD for the speed, or even SSHD for the balance. SATA has three standards, SATA1, SATA 2, SATA 3, the larger the number, the faster the speed. Older laptops may not support SATA 3. When you connect an SATA 3 drive to an SATA 1 laptop, it still works but way much slower.

If the connector is an mSATA, a connector commonly used on a ultrabook, then you can only choose the SSD. It’s because there are no mSATA HDDs.

Once you figure out the connector, the second thing you needs to know is the size of your hard drive slot. If it is not a standard 9.5 mm slot but a 7 mm or even 5 mm instead, then your choice is limited to SSDs too.

Add a second driveYou may not need to replace your original hard drive if your laptop has an empty mini PCI-E slot or an optical drive.Many laptops have a mini PCI-E slot. There are mini PCIE SSDs available on the market. If you like, you can buy a Mini PCIE SSD and insert it into the slot. In that case, you increase the capacity of your laptop without remove your original hard drive. That saves a lot of data transfer troubles.

Some laptops have a CD/DVD drive that compatible with an optical bay hard drive caddy known as the OBHD. You can install a hard drive into the OBHD caddy and insert it into the slot where the CD/DVD drive was. In that case, you can choose either SSD or HDD.

SSD vs HDD – Things you must know
SSD vs HDD: Brief Review, History, and Recommendations