Pretty much all functions that modern computer devices can perform are either easy to understand and access or are done by the device automatically. Most, but not all, formatting drives being one that you have to do manually, Mac computers included.

A lot of people would gladly avoid such chores entirely instead of having to look up every term and action, many of these people being Mac users, who use Apple’s operating system for that exact reason – you don’t need as much tech knowledge as you do with managing a PC system. This is why we have compiled a short guide to formatting your hard drive and explaining what it means altogether.

What is formatting and why you need to do it?

Formatting is a process used to “tell” the hard drive the correct orders and logic paths to work with a certain operating system to ensure that the data you want to put on the hard drive will be accessible and recognizable by said OS. The reasoning behind this is that different operating systems use different protocols to save information on drives, for example, a Mac won’t recognize a hard drive that has been formatted for Windows usage and vice versa. In short, you need formatting to prepare the drive for working with a Mac system.

Note that formatting a drive or a partition of the drive (discussed further) will delete all data that the drive or partition holds, so make sure you don’t have any files that you might need on your external hard drive. In short, you need formatting to prepare the drive for working with a Mac system.

We mentioned partitions earlier, but what are they? A partition is, in Layman’s terms, a “section” of a hard drive, kind of like a chapter in a book, except different partitions on the same drive have nothing to do with each other. This separation is the whole point of having partitions on a drive since you can save a Mac OS on one partition, a Windows OS on another one and have a third one for files such as music and images, which allows you to use the drive with different systems.It’s basically like splitting the drive into different pieces for different uses, just have those parts contained in one handy device.

It’s basically like splitting the drive into different pieces for different uses, just have those parts contained in one handy device.

The default tool for formatting hard drives for a Mac is Disk Utility, which can be opened by typing “Disk Utility” in the Spotlight search bar in the top-right corner of your desktop or by locating it under Applications/Utility. 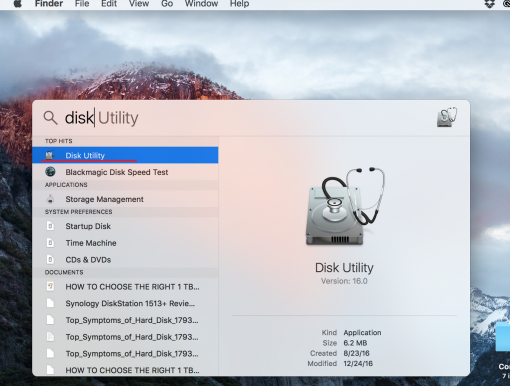 After you’ve opened the utility from the search list, you should see a window with a list of storage devices on the left. Choose your external hard drive on this list which will let you perform different actions with it (do NOT accidentally format the main internal drive). 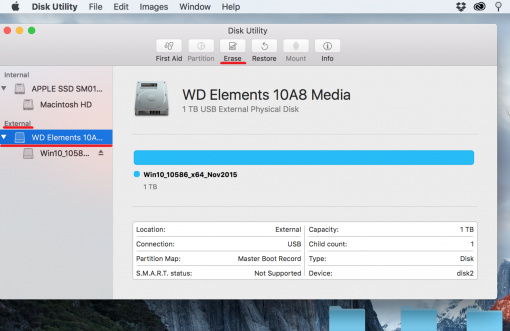 To format your drive, press Erase (as discussed before, formatting clears your drive of all data to prepare it for work), which will open a smaller window. In this window, you can enter the name of the drive (how it will show up on your desktop), choose the format and scheme. 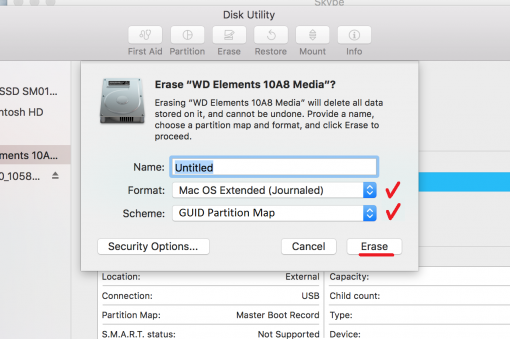 The scheme, which is the method by which the hard drive determines its partitions etc., should be set to GUID Partition Map:

For format external hard drive (Mac), which determines how any future files on the drive or partition will be treated, you should probably go for OSX Extended (Journaled):