Decided to get yourself a Xbox 360?

If you’re the one want to play some cool games, but don’t want to pay massive amounts of cash for it, try the Xbox 360 bundle as they are very cheap nowadays. But in case you’re looking for latest Xbox bundles, check out [su_button url=”https://hddmag.com/2016/10/best-xbox-one-bundle-deals.html” target=”blank” style=”3d” background=”#0db71d” size=”1″ icon=”icon: angle-right” rel=”nofollow”]Best Xbox One Bundle Deals[/su_button] 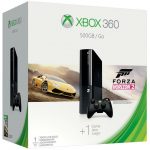 Forza Horizon 2 Bundle comes with an excellent price and console with massive 1TB storage capacity. Love racing and don’t want to upgrade your Xbox 360 memory so soon? It seems like this is the right deal for You. 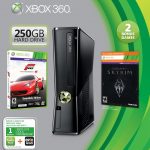 This deal is awesome – two games and Xbox 360 console for that price. And those aren’t some old games. Even these days people play Skyrim a lot.

If you lack space with this 250GB version you can always add an external hard drive. 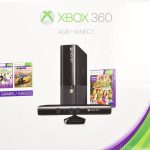 This bundle may come only with 4GB onboard storage, but it’s kinetic! That means if you don’t like to sit still, this bundle might be for you.

Another great buy with this bundle would be an external hard drive.

And at the end, if you’re after cheapest console available today, consider getting used one. Many of them are still good shape and You can get them for under 100$!